A different kind of Chirstmas

Over Christmas I’m in a period of orgasm denial that would be a lot hotter if the chastity was being enforced by a dominant rather than a lack of privacy. There are many pieces of festive filth filling my head, but this is a very personal fantasy. Before you read on, I’d like to add a content warning for discussion of depression and suicide.

Part of me wishes I was spending Christmas with him.

Families are hard, and right now I struggle with Christmas too. From food to forced happiness, my mental illness isn’t always compatible with family festivities. It’s been a hard year, and I know these holidays won’t be easy. There’ll be times when I want to cry and scream, and it’s not that my parents don’t care about me, it’s that I haven’t yet worked out to explain to them how I really feel. That means I normally try to hide what I’m feeling, to join in with the family fun

With him, though, there would be no need to hide. He’s been there for me when I’ve fallen apart and put myself back together this year, and I’ve grown closer to him than I ever could have imagined. He’d understand that I will be sad, but he also wouldn’t let me get too lost in my own head. I like to think I could do the same for him. I hope he’d enjoy a friends-with-benefits-and-mental-illness Christmas as much as I would. Impossible as it is, there’s a lot to recommend it.

Lazy mornings in bed, holding each other to keep the nightmares away. Cuddles on the sofa, watching films that he is appalled I haven’t seen, discussing which of the characters we find hottest. Him reading – clever, serious books, occasionally explaining concepts and ideas to me – while I sit and write blog posts, asking for his feedback when I’m uncertain. Spooning in bed, which turns into slow, sleepy sex…

And we could have sex. As much as we both know we shouldn’t, in this hypothetical situation we could. I could wake him up on Christmas morning with a blow job, fulfilling a fantasy I know he’s harboured for a long time. He’d pull my top off while I was baking, and mince pies would burn in the oven because his pinches of my nipples turns into a messy make-out by the sink.

Hands groping and squeezing my tits and arse. Kisses that are sometimes only kisses, and sometimes lead to more than kisses. Being scolded when I put too-cold fingers on his cock. Shower sex that is slippery and giggly. Him ordering me to bend over the kitchen table to be spanked. Fucking him with my strap-on, making him moan as loudly as I do when he fucks me. Teasing each other to the point where one of us begs and writhes and the other grins in triumph. Wearing butt plugs while we cook. Hands all over each other, clothes never more than five minutes from coming off, and so many orgasms – the moments of exquisite release each a tiny Christmas miracle.

There would be hard, fast fucking, because we both use physical sensations to drown our mental anguish. I don’t know if it’s healthy, but it works better than any other coping strategy or therapy I’ve tried. At Christmas, when there is a short break in lectures and assignments and to do lists, I have time on my hands to think. And when I think, and when I remember, I get lost in my own head. Reading erotica, sending him flirty texts, and fingers on my clit – these things distract me. These things keep me grounded in reality, and stop me losing myself in the dark thoughts that threaten to tear me apart.

Sex helps him too: the games we play distract us both. So instead of stifling sobs and smiling through days when every thought is deep and depressing, it would be so much easier to fuck. Hard, fast, filthy fucking. Fucking away the memories we wish we didn’t have, choosing warm touch over lonely tears, and spanking paddles over panic attacks.

I want to celebrate Christmas covered in his come. 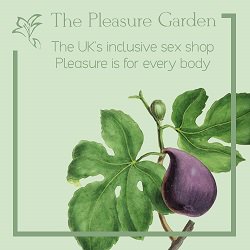 Y'all should share your stories with Amy because I'm sure whatever she's writing will be awesome. I don't think I can be of help because I haven't fucked a single person who didn't already know that I'm hella queer. twitter.com/CoffeeAndKink/…

*I think the concept of a 'guilty pleasure' is largely used to shame women and afab folks for the things they enjoy. I feel like I have to give an excuse for why I like Taylor Swift, even though it's totally valid to enjoy her music. twitter.com/listenmeetcute…

I realise that the world is falling apart, but I'm wearing dungarees that make me feel cute and queer and I'm singing my favourite guilty pleasure* songs into a hairbrush microphone. pic.twitter.com/FDzpEdUrVt

This is a FASCINATING thread about dilators, and has made me realise that NHS issued dilators are not standard through the UK - and I did *not* get offered lube with mine. #Vaginismus twitter.com/KateL_LiK/stat…