Welcome to 2021, folks, where it’s front page news that a thirty-year-old woman uses sex toys. The response to the Zoella article entitled ‘The Best Sex Toys to Spice Up Your Life in 2021′ is a great example of some good, old-fashioned misogyny mixed with a deep-rooted fear of sex, all wrapped up in a shiny ‘won’t someone think of the children!’ package.

Content note for mention of sexual assault! My language is slightly more binary and cisnormative in this post than I’d usually aim for – I’m sorry about that. This post also contains affiliate links.

For those of you who aren’t familiar with her work, Zoella, or Zoe Sugg, is a “YouTube Star” – a vlogger, businesswoman and author who currently has over four million subscribers to her YouTube channel. She’s regarded as one of the most successful YouTubers in the UK, so much so that the AQA added her to the GCSE Media Studies syllabus in 2017, which includes the analysis of online and social media.

Sugg found this out for the first time yesterday, when a number of newspapers ran the story that she was being dropped by the exam board due to the aforementioned ‘best sex toys’ article. Apparently to warrant inclusion in the curriculum, the Zoella’s content had to be 100% “appropriate” – because as we all know, teenagers don’t have sex.

While Sugg’s YouTube channel may have originally had a teen-girl fanbase when she started posting videos when she was nineteen, her audience has aged with her. Her website is completely separate and aimed at women in their twenties and thirties; even if the majority of her YouTube viewers are still teenagers, her website isn’t linked to from her videos and targets an older demographic.

The website – run not solely by Sugg but the ‘Zoella team’ – where the post appeared is a Cosmo-like site with articles on PCOs and sustainable period products as well as other beauty and lifestyle content. Despite headlines like ‘Zoella dropped by GCSE board over YouTube round-up of sex toys‘ the “saucy” wasn’t posted on her YouTube channel but fit nicely along side Q&As about smear tests and menstrual cup reviews.

But would a 15-year-old girl who did somehow stumble upon the article be surprised by anything it contains? Well, according to a 2016 NSPCC study, 65% of 15-16 year olds report seeing pornography. While it’s illegal to buy sex toys in the UK until you’re eighteen and the legal age of consent is sixteen, young people know about sex, even if they’re not having it.

In my view, the only thing that might surprise a teenage girl who found Zoella’s sex toy recommendations is the idea that sex is something that she should enjoy.

While it’s probable that the purpose behind the blog post was to sell sex toys rather than educate readers about their pleasure, the article does unapologetically centre female pleasure. How many cis women and other folks who were afab have wondered if they are “broken” because they can’t come from penetration alone? The article tells readers that “4 in 5 clitoris-owners reach orgasm via clitoral stimulation, not penetrative sex” and stresses the importance of clitoral stimulation.

Do I think that young people should be looking to YouTubers and influencers for this content? No. Do I think that the Zoella’s sex toy article includes information that sex education in schools misses out? Fuck yes I do.

If anyone is failing young people, it’s not Zoella: it’s the people who think that young people need to be protected from this information. However good their intentions, they are fostering an environment where that fear of our own bodies and shame can flourish. That shame leads to bad sex, where people don’t know how to talk about what they want. That shame can also lead to young people not understanding their bodies or their boundaries, and to me that’s far more dangerous than a 15-year-old seeing Zoella recommending sex toys.

To quote the Instagram post where Sugg responded: “Although we don’t aim our content at teens, I don’t think it’s a bad thing that it’s there for them to read at all [and] these media articles are just perpetuating the fact that female pleasure is something that we should feel ashamed of.” I agree with her. There’s still a huge taboo around women advocating for their sexual pleasure, and the assumption that people with vaginas should find sex painful is still prevalent. Talking about this isn’t shameful, it’s essential.

It’s ok if a 15-year-old girl saw Zoella recommending sex toys – in fact it might be the only place where she’s ever been told that her pleasure matters too.

Nude in yellow
When they go low, we monetise our pain 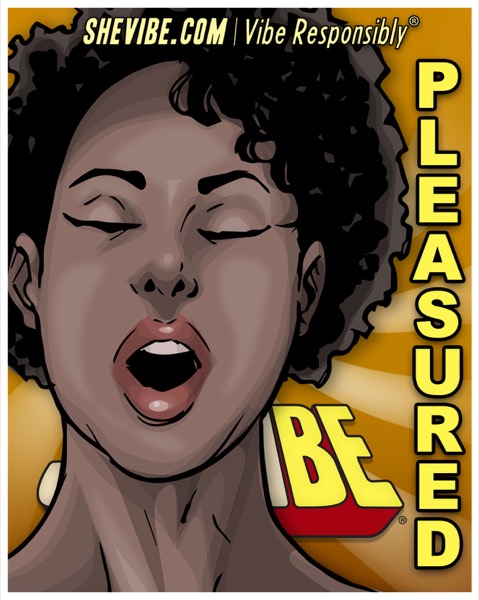 @nonbinarybaps @KaylaLords As an autistic trans guy, I definitely have OPINIONS about that kind of CBT too!

@KaylaLords Is it too niche to talk about how my partner and I do CBT with me (a trans guy with out a traditional C or B) bottoming?

Valiantly fighting off this panic attack.