Shame women rather than examining misogyny

Book a guest who is far from feminist

Lust and her company blacklisted Rooster when they started speaking out about their assault, and called them an ‘online troll‘. The characterisation of Rooster speaking publicly about their assault and seeking accountability as aggression is particularly significant when you consider that Lust and Rooster’s rapist are both directors and white, cis women. Rooster has spoken about how Lust and her company have used Rooster’s race and gender to control the conversation.

Lust’s company XConfessions still hosts and profits off of many videos directed by Rooster’s rapist, Olympe de G. These include a video called ‘The Bitchhiker’ that performer Parker Marx called the most unethical shoot [he has] ever been on. Lust’s company also outed Rooster’s birth name. This is a breach of contract and especially dangerous for a Black and trans performer. 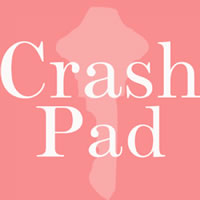 @brosandprose Thank you for sharing Ella! 🧡✨

@theotherlivvy Thank you for sharing! ✨🧡

"I don't use pronouns" has become transphobic dog whistle. I'm not sure if matters whether or not the people saying it understand that 'I' is a pronoun, because what they mean is clear. They don't want trans people to exist. genderbent.co.uk/im-not-the-o…