Why I’m excited about the Vagina Museum

The Vagina Museum are currently crowdsourcing funds to make the world’s first bricks and mortar museum dedicated to vaginas, vulvas and the gynaecological anatomy a reality. Right now I don’t have much money myself to donate to their crowdfunding efforts, so instead I’m sharing some of the reasons I’m so excited about the Vagina Museum opening.

They want people to talk openly about vaginas

The Vagina Museum plans to take a holistic view of vaginas, from science to history to their place in culture. They want people can learn that there is nothing shameful or
offensive about vaginas and vulvas and to help fight the stigma around them. They’re also the first and only charity in the UK to have ‘vagina’ in their name – they’re very much not shying away from the fact they’re going to be discussing PCOS, cervical cancer, contraception, and sexuality.

I spent years afraid of my own body, and today I know that I have vaginismus, so I’m incredibly passionate about people understanding the history of and taking back control of their own anatomy. The Vagina Museum want to talk about vaginas and make it easier to address issues that are directly related to them like FGM and sexual violence. They believe the first step to ending these is acknowledging that vaginas exist and they deserve respect. My vagina is part of my identity and affects my everyday life, so that’s a message that I can definitely get behind.

They are vocally trans-inclusive

The museum is dedicated to being gender inclusive and intersectional. They want to make sure it is a welcoming space for everyone, including people who have vaginas but don’t identify as a woman. They have specific goals to make sure they are trans-inclusive, including seeking out trans and non-binary activists for their advisory board so everyone’s voice is heard at highest level of decision making.

They’re asking to be called out when they fuck up

It takes serious guts to admit that you might be wrong, and the Vagina Museum are inviting folks to tell them when they’ve messed up around gender-inclusivity. They accept the important thing is not their own comfort and are open to being told that they’re not going about something the right way. (So far, however, the only people who have got in touch to tell them they’re ‘doing it wrong’ are trans-exclusionists.)

It gives me an excuse to go back to London

Some of my best sex blogging friends live in London, and I’d love an excuse to travel down and visit them. As a sex blogger, I feel visiting the Vagina Museum is a necessary adventure – and it would be a legitimate business expense if I was making any money from my sex writing! We’re already planning a sex bloggers’ and journalists’ trip to the museum when it opens and I can’t wait.

There is loads of other information about their awesome plans on their website, so you should go and check that out. The Vagina Museum only has seven more days to reach their goal or they won’t get any of the money they’ve raised so far. If you have a few pounds to support them, you can donate here. If you can’t donate, please share their campaign with friends, family or other sex positive folks, and definitely follow them on Twitter.
Places I've thought about dick this week
Come back to bed and make me come 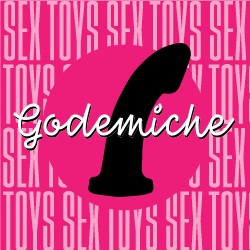 I ate a proper dinner with vegetables today and I am ridiculously proud of myself.

@girlonthenet Yesterday I felt better - lighter - than I have done for literal months. I felt fucking amazing and I'm remembering that it is possible to feel ok again, even if I am also very sad.

@FrankiCookney You're wording this much better than I am. Yes, I definitely agree with you and think that the term 'sex positive' can almost become pressure-y in certain situations and make us feel like we should be having sex all the time/more sex/certain kinds of sex.

@FrankiCookney Haha, not at all! More about whether I've sometimes wanted to have sex and connection more than I've cared about being super into the person I'm fucking, and how that speaks to me not listening to myself and my body? And other messy thoughts/feelings.